How Walt Got His Google Groove Back 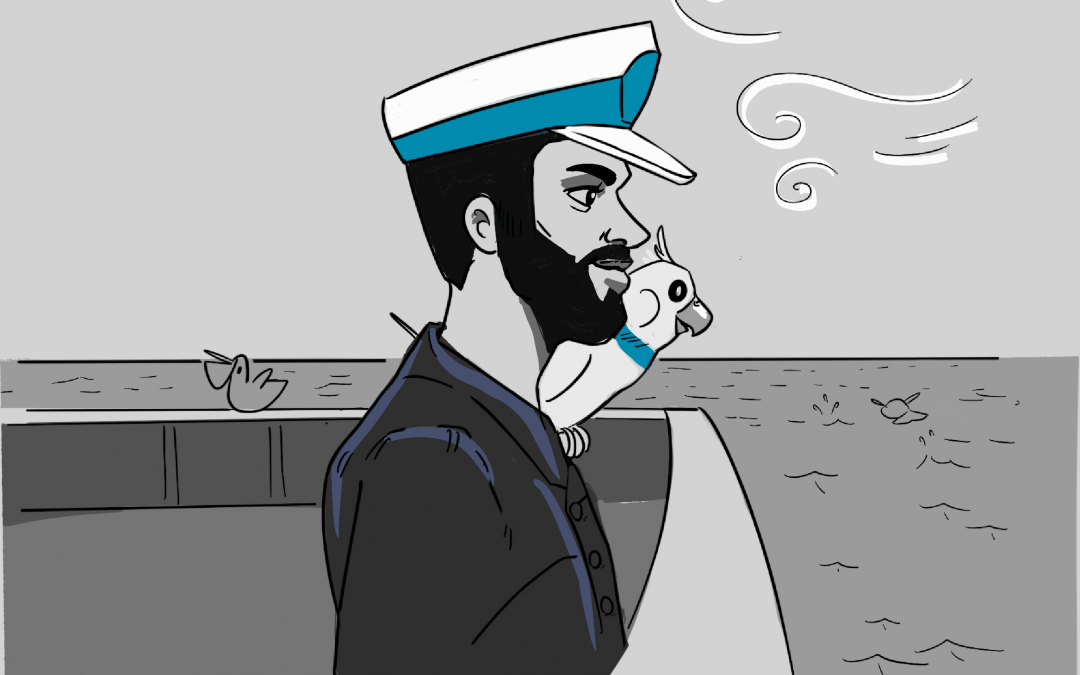 BREVITY CHECK: A 3.5 MINUTE READ
Walt will never forget the day he became the captain of a sinking ship.

“The journey had started out just fine.”

The journey had started out fine. Clear skies, favorable winds and smooth seas. Standing on deck, Walt watched his vessel cut through the water. He was making excellent time. He felt the wind in his hair and the salty spray on his face. It was such a good day that Walt considered putting on his captain’s hat and standing with his hands on hips. But he decided that was a bit over the top.

Suddenly, something lurched. The propellers went quiet. The wind died. The bow drifted off its line. Then the hull started taking on water.

What just happened? Walt rushed to the bridge, rang the engine room, and summoned his chief engineer.

Walt knew things were bad when his engineer showed up wearing a life vest.

“The ship is in serious trouble,” Walt said. “How do we fix this?”Another bad sign? The engineer started blowing up an inflatable raft.

In between puffs, he looked Walt in the eye and said, “There’s nothing you can do.”

“What do you mean nothing?” Walt asked.

“I mean NOTHING!” said the engineer. “It is what it is. Can’t be repaired. Fixing this is impossible.”

“There's nothing you can do.”

Walt could throw him overboard. But then what? Captain Walt had two choices:

But he needed to make that choice fast. He was about to lose everything.

If his story was a blockbuster action movie, this should be the part where the rescue team shows up in the nick of time. We would hear the triumphant music as our heroes arrive on jet skis and in helicopters. The whole scene would play out in slow motion.

But this is not Hollywood. This is real life. And in real life, Walt is NOT actually a ship captain. Walt is a business owner. And what happened to Walt was even more terrifying than our make-believe nautical disaster.

Here’s the thing: Back in early 2019, Walt found himself in serious trouble.

Walt’s two websites rely on being ranked at the very top of Google search results. And that’s where his websites sat for years. Until they slipped.

Without warning or explanation, they fell from #1 and #2 to #3 and #7 on the first page of Google. Then on page two, and slowly on page 5! Slipping a few places might not seem like a big deal. But for Walt, even that hurt. Being on page 5 was a disaster.

“There was nothing that could be done!”

As his Google search rankings dropped, calls and emails from clients and prospects dropped. Then slowed to a crawl. And his revenue went off a cliff.

His company was not literally taking on water, but it certainly felt like they just rammed an iceberg. They were dead in the water with no clue how to make things right.

Walt asked his SEO and digital marketing guy. They said to fix his website. It was too slow. Slow websites do not rank high on Google search results, they said.

Walt contacted his webmaster. Like the make-believe engineer, his webmaster had no solution. He told Walt that his website was fine. It was as good as it could be, and “there was nothing that could be done!”

His professional opinion? The “Google Gods” had spoken and that’s just the way it was. Google dictated how websites ranked, and if they were low, there was nothing to be done. How was Walt supposed to accept that? He could not just sit by and watch his business sink like a rock. Luckily, he knew a guy who knew a guy who could help. So, Walt reached for his flare gun.

“We listened. We asked questions.”

It wasn’t as cinematic as a lone flare shot into the sky, but Walt’s call to Axim Solutions felt just as desperate. He knew he made the right choice after the first conversation. What did our Axim Engineers do? Well, for starters, we didn’t break out the life-jackets and floaties. And we didn’t use words like “impossible” or “no.” We listened. We asked questions. Then we got to work.
Axim’s Internet Engineers analyzed Walt’s websites for performance and speed. We reviewed the site architecture and sifted through thousands of lines of code. We looked for “leaks in the hull” and any clue about why the sites had slipped. What did we find? That a recent change in the Google algorithm was responsible for Walt’s near-death experience. The change penalized sites that loaded slower on mobile devices, which affected their search ranking.

“...a recent change in the Google algorithm was responsible...”

“Axim proposed a complete rebuild of his websites.”

Getting Walt back to the top of page one in Google was going to take swift, decisive action. Axim proposed a complete rebuild of his websites. Starting from scratch was the best way to make sure that there wasn’t anything cluttering the site or slowing it down. Axim would also host the sites on their dedicated servers to ensure the fastest load speeds. And to prevent any future surprises, Axim Solutions proposed a monthly monitoring service. Ongoing support meant that any future performance issues could be identified and resolved BEFORE those problems cost Walt customers, clients, or income.
Axim Solutions had Walt’s rebuilt websites ready in a matter of weeks. The revamped, relaunched sites climbed back to the top spots from the depths of third place and below. The pace of Walt’s business picked back up and since partnering with Axim Solutions, he doesn’t worry about the “Google Gods” rocking his boat. And when presented with the bill, Walt felt we hadn’t charged him enough!

What’s the moral of this story?

There isn’t one. It’s not that kind of story.

But here’s the thing, when it comes to doing business online in the 21st century, every second counts. The internet moves fast and change comes from every direction. As a wise man once said, “He who hesitates is toast.”

Walt learned the hard way that it only takes one tiny hole to sink a big ship.

If your business depends at all on your website, you need experts who understand speed and performance.

You need experts who can defend against algorithms, updates and seismic shifts in the online ocean.

Get a free Website Performance Report today! Then, schedule a free call with our Internet Engineers to get the performance you need out of your Search Engine Marketing plan.